The official video game for Furious 7 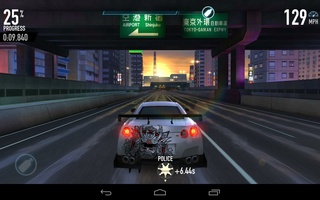 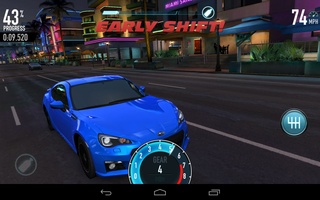 Advertisement
Fast and Furious: Legacy is the official video game of the seventh Fast and Furious movie, where players can drive a bunch of different cars in illegal races around the world.

As you play, you can unlock and buy all the cars that appear in the movie. You can also trick them out to your liking, upgrading to better engines, changing the paint job, etc.

In Fast and Furious: Legacy, you can do tons of different missions where you have to try to get the gold medal and win money, then buy new cars or buy upgrades.

The best part of Fast and Furious: Legacy is that you can compete online against your friends and form gangs with them. The players in your gang will receive attractive benefits, like being able to do upgrades to their ride.

Fast and Furious: Legacy is a very fun racing game similar to CSR Racing and other games that let players into the incredible world of illegal racing. All that with the added appeal of having the license of 'Furious 7', too, which might win the 2015 Oscar for Best Feature (according to Vin Diesel).
Reviewed by Andrés López

Needs 514 megabytes of free space on your device's memory

how we open it

I loved this app

Similar to Fast and Furious: Legacy

My Town : Farm Free
Create your own story on this farm
Harry Potter: Hogwarts Mystery
The official Android Harry Potter game
Soccer Kick
Kick the ball as hard as you can
Jewel Athena
Chronicle of Infinity
Plunge into a battle between celestial alliances
Plants Vs Zombies 2
The most enjoyable zombies return to Android
PewDiePie: Tuber Simulator
Become a successful YouTube with the help of PewDiePie
Slash & Girl - Joker World
Try to survive in this world full of bloodthirsty clowns